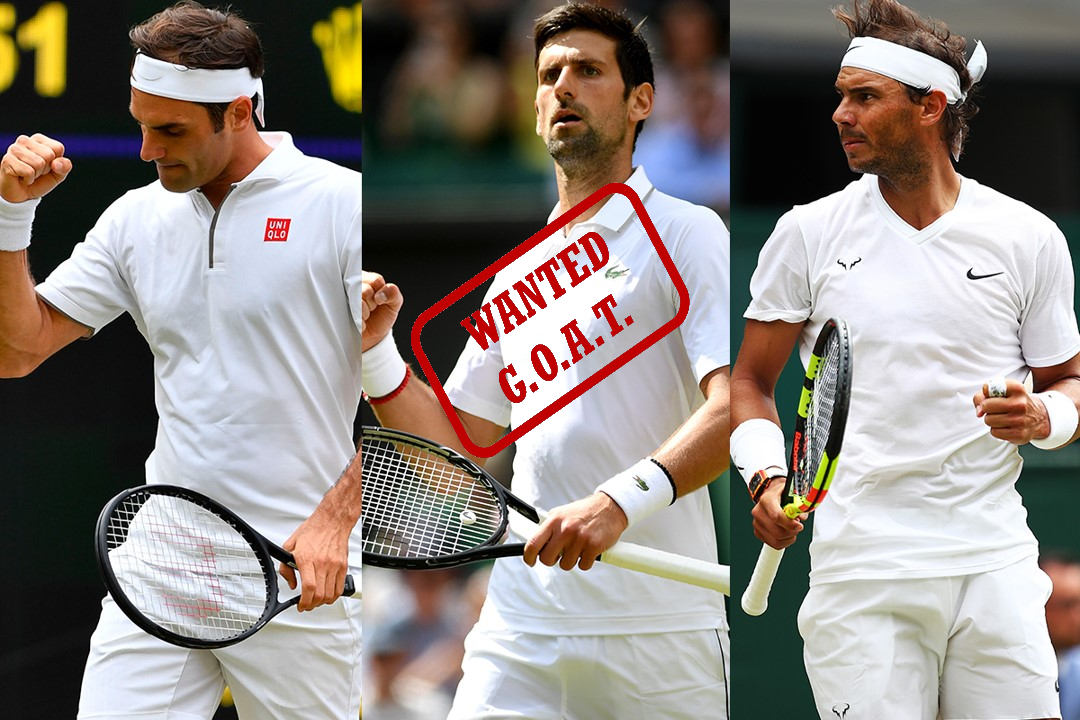 Highlights: Often, we come across projects or tasks where we need to merge or mix two images. However, due to various parametric restrictions such as sizing, the task seems difficult to execute. Also, it can be boring when it is done in Photoshop. However, this process can be quite interesting if it is fully automated.

1. Introduction to Blending and Pasting

In order to understand the blending and pasting process, we need to learn several different methods in OpenCV programming.

The image pasting is a process of overlaying one image on top of the other. To successfully apply this process in OpenCV we need to select Region of Interest (ROI) in the first image, and then apply masking and some logical operations to overlay second image over the first image.

The process of blending s done through the cv2.addWeighted() function from OpenCV. This function uses both the input images, assigns certain weights to each image pixel, adds them together and outputs the result into a new pixel. In that way we will get the us an impression of transparency. In the following example you can see the difference between pasting one image on top of other and blending two images together.

The formula for this operation can be written as:

In the following image, blending operation with the cv2.addWeighted() function is illustrated.

Thus, choosing the right values for \(\alpha \) and \(\beta \) can affect which image will show up stronger or weaker in the output blended image. Additionally, the factor \(\gamma \) can be used to manipulate the image further, according to specific requirements.

To start with, we will import all necessary libraries. Next, we will open all images that we’re going to work with.

The resizing of images is done such that both the images are of exactly the same size. Here, we will maintain a common size for the images as \(800 \times600 \). Note, that this will result in a slight distortion of our images. Ideally, we would want to create a mask here, but to keep it simple for our first example, we will go ahead as it is with distorted images. We will tackle the issue of different image sizes when it comes to blending, in a separate section, ahead in our blog post.

We will resize the images using the function cv2.resize() as shown below.

Now that we have resized our images, let’s get straight into blending them together.

As mentioned earlier in this post, we will use the function cv2.addWeighted(). Here, we will adjust a few parameters according to the equation we discussed above. In this case we will use the value of 0.5 for parameters \(\alpha \) and \(\beta \) and we will ignore the \(\gamma \) factor.

Observe the above result. Since \(\alpha \) and \(\beta \) values were the same, both images are equally represented in the result. Notice that the “Wanted G.O.A.T.” image has a white color as a background. Overlaying or blending this white background image on top of the first image makes the “Federer – Nadal – Djokovic” image a little faded.

Now, what if we wanted the first image to shine more? We will simply pass a much higher \(\alpha \) value and a much lower \(\beta \) value. Have a look at the result of this change below.

Notice how, now, we can only barely see the second image of the “Wanted G.O.A.T.” sign on top of our original “Federer – Nadal – Djokovic” image. This shows that manipulating the blending of two images is actually quite easy with the adjustment of \(\alpha \) and \(\beta \) values, respectively. Note, that if we use the value of 1 for \(\alpha \) and \(\beta \), the original pixel values will be added together.

Also, note that if \(\gamma \) is equal to 255 all pixels in the output image will be white. You can also try experimenting on your own with the \(\gamma \) factor and see how it affects the output blend.

Let us now move ahead and blend two images of different sizes.

In real life, we are not as lucky as in the previous example where we saw two images that have exactly the same size or can be resized equally without significantly distorting any image. If we were to try the same process as above with images of different sizes, we would get an undesired result. So, how do we tackle image blending when it comes to varying image sizes? Let’s use the same example images as above to demonstrate this.

The second operation is where we will actually blend the images together. However, we won’t be using the cv2.addWeighted() function for that since it only works with images of same sizes. Instead we will create a mask using logical bitwise operations.

We use logical bitwise operations when we want to manipulate the values of the image for comparisons and calculations. There are four of these operations and they are very simple, and easy to understand.

The first operation that we will apply is the image pasting. Here, we won’t see the original image underneath the top image. So, let’s reload our images.

To illustrate this section of blending images of varying sizes, we will make the second image a lot smaller so that there is a clear difference in size. Let’s resize it to, say, \(300\times300 \).

Now, we need to figure out the actual logic of taking a chunk of the larger image pixel values and replacing them with the entire content of the smaller image. Well, it’s actually pretty straightforward process which is illustrated in the following image.

All you need to do is to define x_offset and y_offset. These are just going to stand as markers for where you actually start the image and where you’re actually going to overlay the image. In this case, we want to put “Wanted G.O.A.T.” over Roger Federer. That is why we set our x_offset and y_offset to 30 and 170 . Then, later on, we’ll play around with these values.

As you can see we have successfully overlaid the smaller image over the large one. Now, we will proceed to the second operation of actually blending images of different sizes over each other.

Now, we learn how to blend images of different sizes. We need to select an ROI (Region Of Interest) in the first image, replace the values in that particular region with the values of the second image and then add them back in. However, the white background of the second image is quite annoying and our goal is to make only the logo visible. To do this we need to perform several masking procedures and bitwise operations.

What we really want to achieve as a result is that the watermark appears without any background reference on top of the larger image, and that red color of letters in the watermark do not get blended with the pixels in the large image. In the following graph we illustrated all necessary steps that we need to apply in order to achieve our goal.

So, now we will see how we can actually create these masks in order to allow only certain parts of the smaller to pass onto the larger image.

As we did earlier, we will reload our images, the ones we used in previous sections as examples. Next, we will run the resizing command as shown below.

The next logical step is to decide where on the larger image do we need to place the smaller image. For this, we need to identify a suitable space of dimension \(300\times 300 \), on the larger. This will be our ROI (Region Of Interest).

In the previous section example, we chose the top left corner. Now, we want to place watermark across the tennis player who is the G.O.A.T..

Now, we need to create an ROI of the same size of the foreground image. The foreground image is nothing but the smaller image which will be placed on the top. We can use a tuple unpacking to reassign this by making the rows, columns, and channels equal to that of the image shape. In this way, we have generalized terms of rows as 300 and columns as 300, along with three color channels.

The next step is to create the mask for the smaller image such that we filter out everything except the red portion of the “Wanted G.O.A.T.” image. For this, we will first create a grayscale version of the image.

Notice that letters in this image are not exactly colored in black but rather in some dark gray color. That is why we need to apply a thresholding in order to create a binary image.

That is our mask. Now, we will apply a cv2.bitwise_or operation. As parameters we will pass the ROI and the mask into this operator. In that way we will create our bedground.

For the foreground we need to create black image with the red watermark. In order to bring back the red color, we need to inverse the mask. We can do that by using the cv2.bitwise_not operation, which will calculate the per-element, bitwise inversion of the input image. This means that this operator will convert everything black into all white and everything white into all black.

Notice the result above. We can see the inverted image, where the white space is, will allow anything to shine through. In our case, we want it to shine ‘red’. For that we will use the cv2.bitwise_and function and as parameters we will pass small_img and we will set the value of the mask to mask_inv .

Let us now calculate the final ROI It will be calculated by adding our foreground and background image. To do that we will use the function cv2.add().

Observe the result. We can see that only the red part has been pasted over the larger image, keeping everything else intact. This final ROI will now be added to the rest of the image in the exact same way as we learnt earlier. We will overlay this final ROI over the original larger image such that the smaller image is now equal to the final ROI.

Following the steps for overlaying method, we will perform NumPy indexing to achieve the final result.

There you go! The two images have been successfully blended without any disturbance from the white background of the overlaying smaller image.

Well, that’s it for the blog. We hope you will continue to read up more about blending and pasting, and tell us which examples you took to practise these concepts. Before you go, let’s refresh the topic we learnt today.

So that was our tutorial post on blending and pasting images. It is clear that blending images of varying sizes finds applications in many day-to-day projects especially graphic designing. You can have a lot of fun with these concepts using your own examples. While we told you our tennis favorites today, do share with us who you think is the GOAT in other sports like football or basketball. Leave us a comment, ok? Until next time, ‘Blend It Like Beckham!’.